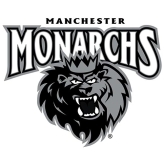 Why you should care: Manchester is an elite team that makes you pay for your mistakes. That was on full display last night in New Hampshire. Minimizing those miscues is going to be key for the Penguins if they want to have a chance to win this afternoon.

Other Game to Watch: May as well pay some attention to Hershey @ Hartford starting a half an hour later than the Penguins game this afternoon. Both teams are coming off of bad losses last night and are going to look to regroup against one another today.