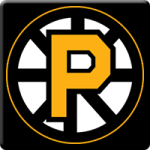 Last Game: Friday in Wilkes-Barre, the Bruins forced a decisive Game 5 after jumping out to 3-0 lead in the first, a 4-0 lead early in the second and held on to win 4-2. Jake DeBrusk scored twice for Providence. The Penguins went 0-for-6 on the power play.

What to watch for: Penguins need a better effort this afternoon if they want to advance in all facets. Getting the lead first and striking on the power play will be or should be key in this one. For Providence, they will want to replicate the same effort in Game 4 today here in Game 5. It’s going to be a tough task for both sides. Look for a game more like Game 3, which was a defensive chess match.

Broadcasters: For WBS: Mike O’Brien @MikeOBrienWBS and Nick Hart @_NickHart // For PRO: None

Radio: For WBS: WILK NewsRadio / For PRO: None