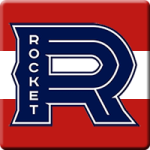 Last Game: Sunday at home against Syracuse, the Penguins crunched the Crunch 6-1. Gage Quinney scored a goal and had two assists in his AHL debut and was named first star. Daniel Sprong scored again, he has goals in all four Penguins games to start the season. For Laval, the Rocket lost their first game of the season to the Binghamton Devils 5-1 with Nikita Scherbak scoring the only goal for the Rocket.

Why You Should Care: Despite scoring just one goal in their last outing, the Laval Rocket have scored the most goals in the AHL thus far with 18. The Penguins will need to shut that down quickly if they want to have success. Also, this is the first road game of the Laval Rocket’s season. This team reincarnated from the St. John’s IceCaps.

Other Game to Watch: Charlotte is off to a hot start, they visit Rochester tonight.