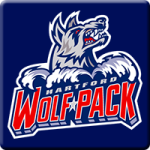 Last Game: Wednesday at home against Lehigh Valley, the Pens lost 5-4. In a wild game, Garrett Wilson and Gage Quinney both had a goal and an assist. For Hartford, the Wolf Pack were last in action last Saturday against the Bridgeport Sound Tigers at home and lost 5-1. Ryan Sproul scored the lone goal for Hartford in the loss.

Last Meeting: December 15 in Hartford, the Pens were defeated by the Wolf Pack 7-3. Daniel Sprong, Thomas DiPauli and Teddy Blueger all scored. John Gilmour for the Wolf Pack had two goals and an assist.

Why You Should Care: Hartford is playing a lot better than their sixth place record in the Atlantic would indicate. The Penguins have lost 10 of their last 14 games and have two goaltenders on PTO in the crease with Casey DeSmith getting recalled to Pittsburgh and Michael Leighton day to day with an injury. The Penguins will need to insulate whoever starts tonight and jump out to a two or three goal lead ideally if they want to beat Hartford tonight.

Other Game to Watch: Charlotte visits Lehigh Valley. Good test for the Phantoms here, with Charlotte looking to atone for the egg they laid in Binghamton Wednesday and the Phantoms looking to ascend back to the head of the Atlantic Division.