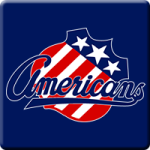 Last Game: Sunday in Providence, the Penguins battled out of a 0-2 hole and forced a shootout and beat the Bruins 3-2 in the shootout. J-S Dea’s goal in the bottom of the first was the only scoring. For Rochester, the Americans lost in overtime in Hershey 3-2. The Amerks saw the Bears tie the game with seconds left, only to see Hershey score in overtime. Seth Griffith and Eric Cornel scored for Rochester in the loss.

Last Meeting: December 2 in Wilkes-Barre, the Pens lost 5-2. Evan Rodrigues had a pair of goals and added an assist for the Amerks. Teddy Blueger supplied all of the offense for Wilkes-Barre, scoring twice.

Why You Should Care: Penguins need a strong start to this three in three weekend and it starts tonight in Rochester where the Americans are 2-4-3-1 in their last ten and winless in their last five. It should be the debut of Joseph Cramarossa, who was acquired Wednesday in a trade that sent Colin Smith to the Stockton Heat.

Other Game to Watch: Light night by league standards, with just six other games going on across the league. Bridgeport travels up to Rhode Island for a date with the Providence Bruins.