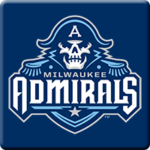 Last Game: Last night in Rockford, the Pens were shut out 3-0. For Milwaukee, the Admirals were in Grand Rapids and won 4-1. Four different Admirals scored goals and Troy Grosenick stopped 36 of 37 Griffins shots.

Last Meeting: December 1 in Wilkes-Barre, the Pens won 5-4 in overtime. J-S Dea did the honors in the extra session. Garrett Wilson had a hat trick for the Pens, Trevor Murphy had three assists for the Admirals.

Why You Should Care: Wilkes-Barre looks to close out the Midwest road trip against a Milwaukee team that is looking to sweep the weekend after beating Rockford Friday and the Griffins Sunday. Despite the Admirals sixth place standing in the Central, it’s not going to be easy.

Other Game to Watch: Providence, hot on the tail of the Penguins, get ripping on the Springfield Thunderbirds at 3 pm.