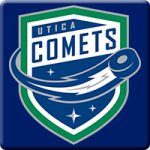 Last Game: Tuesday in Toronto, the Penguins lost in overtime to the Marlies 4-3. Garrett Wilson had a goal and an assist. For Utica, the Comets were in Toronto Sunday and beat the Marlies 3-1. Thatcher Demko stopped 38 of 39 Marlies shots, which earned him first star of the game.

Last Meeting: February 17 in Wilkes-Barre, the Penguins lost to the Comets in overtime 5-4. Penguins scored three goals in the third to battle ahead of the Comets before Cam Darcy’s late goal forced overtime where Patrick Weircioch scored :49 in to give Utica the extra point. Jarrett Burton had a goal and two assists.

Why You Should Care: Utica is in free fall mode, winners of two of their last ten games but played the Penguins tough the last time these teams met. Penguins need to inch closer to wrapping up a playoff spot this weekend and it starts here in Utica for the first of yet another three in three weekend.

Other Game to Watch: Lehigh Valley is in Providence this weekend taking on the Bruins for a two game set which begins tonight.