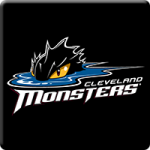 Last Game: Saturday in Toronto, the Penguins jumped out to a 2-0 lead in the first period but here defeated by the Toronto Marlies 7-4. J-S Dea had a pair of assists in the loss. For Cleveland, the Monsters were in Allentown on Wednesday and defeated the Lehigh Valley Phantoms 5-1. Sonny Milano led the attack for the Monsters with a goal and two assists.

Why You Should Care: The Penguins need to snap out of the funk that they are in or else the season will get away from them in a hurry. It starts this weekend against a team they had early success with in Cleveland. The Monsters have been a good team all season and the Penguins seemed to have peaked in that weekend in Cleveland and it has been a struggle since. Look for the Pens will be keeping things simple against Cleveland tonight.

Promotion(s): EYEWITNESS NEWS FAN FRIDAY — Enjoy great hockey at a great price with $14 lower bowl tickets, courtesy of our friends at Eyewitness News. Fans ages 21 and over can enjoy select draft beers for just $2 from 6-7:30pm and everyone is invited to stick around after the game for our Citizens Voice / Scranton Times Tribune postgame autograph session, featuring a pair of Penguins players.

Other Game to Watch: Providence, on a tear of recent, heads to Rochester for a Friday night matchup in Western New York against the Americans.