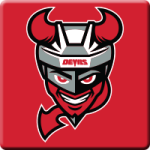 Last Meeting: December 31 in Binghamton, the Penguins won 5-2. Teddy Blueger had a pair of goals and Tristan Jarry stopped 23 of 25 shots.

Why You Should Care: Binghamton would appear to be a team that the Penguins should beat easily, but with how inconsistent Wilkes-Barre has been here in a couple of weeks, it’s anyone’s guess. Pens will be the more rested team having not played Friday, but how much are the Penguins looking forward to the All-Star break and the time off vs. picking up a crucial two points tonight in Binghamton?

Other Game to Watch: Springfield pays a visit to Providence tonight in a game that Penguins fans should pay attention to.