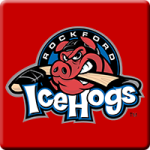 Last Game: Saturday against Bridgeport, the Penguins lost 2-1. Ethan Prow scored the only goal for Wilkes-Barre, on the power play. For Rockford, the IceHoges were in Milwaukee on Saturday and won in overtime against the Admirals 3-2. Darren Raddysh scored the OT GWG for the IceHogs.

Why You Should Care: Penguins start a midwest road trip against a Rockford team who has won four straight games. Both teams sit out of their respective playoff pictures right now so it’s an important midweek game for both clubs. Expect Tristan Jarry to get the start in goal for the Penguins.

Other Game to Watch: The red hot Hershey Bears head to Springfield to take on the Thunderbirds.