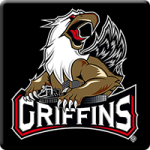 Last Game: Last night in Milwaukee, the Penguins won 5-2. Sam Lafferty scored a pair of power play goals and Sam Miletic added a shorthanded goal. John Muse stopped 33 of 35 shots. For Grand Rapids, the Griffins hosted the Manitoba Moose on Wednesday and won 2-1. Filip Kronek provided all the offense for the Griffins with two goals and Harri Sateri stopped 20 of 21 shots. Both Griffins goals were scored on the power play.

Last Meeting: January 4 in Wilkes-Barre, the Pens beat Grand Rapids 3-2 in a shootout. Ryan Haggerty had both goals for the Penguins and Joseph Cramarossa had the only goal for the Pens in the shootout round.

Why You Should Care: Penguins had a good night in Milwaukee Friday but now head to a rested Central Division power in Grand Rapids that is a very good, complete team. These types of teams always bring out the best in Wilkes-Barre, so it should be a good one in the Freezer on Fulton this evening.

Other Game to Watch: Atlantic leader Charlotte travels to Atlantic resurgent Hershey to take on the Bears in a great matchup for both teams.