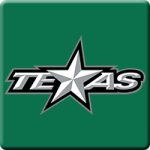 Last Game: Last Saturday at home against Bridgeport, the Penguins won 5-2. Matt Abt and Oula Palve scored their first AHL goals of their careers. Chase Berger had his first fight and also had a goal and an assist. For Texas, the Stars ended the Milwaukee Admirals 13 game winning streak this past Tuesday at home where they scored four goals on all four shots attempted in the second period. Jake Oettinger stopped 39 of 40 shots.

Why You Should Care: It’s the first time ever that these two teams have met in head-to-head competition. Texas comes in on a five game point streak riding a high of ending division rival Milwaukee’s 13 game winning streak in impressive fashion. Will that carry over to the Eastern Time Zone here in Wilkes-Barre who have ate 8-1-1 in their last ten games?

Other Game to Watch: The Hartford Wolf Pack take on the Springfield Thunderbirds tonight in Massachusetts. On Wednesday, the Thunderbirds sustained a 63 shot barrage from the Lehigh Valley Phantoms and won 3-1. Have the Thunderbirds turned a corner? Can the Wolf Pack get back to the top of the Atlantic?