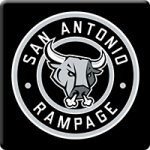 Last Game: Last night in Cedar Park, the Penguins met the Texas Stars for the final time this regular season and lost in a shootout 4-3 Emil Larmi came in on relief for started Dustin Tokarski and stopped 24 of 25 in probably his best game as a Penguin. Kevin Roy had a goal and two assists. For the Rampage, they hosted the Toronto Marlies on Thursday and won 4-3. Cam Darcy and Klim Kostin each had a goal and an assist in the win.

Last Meeting: October 26 in WIlkes-Barre, the Penguins won in overtime 5-4. The impact players in that game for the Penguins aren’t with the team anymore. Stefan Noesen had two goals and an assist, Joseph Cramarossa had the overtime game winning goal and also had an assist. Mike Vecchione, who is still with San Antonio and actually had a goal Thursday against the Marlies, scored a pair against the Penguins on that night in October.

Why You Should Care: Wilkes-Barre played better after the goaltending switch yesterday. Do they carry any of that over in San Antonio tonight? The Rampage are in last in the Central but don’t let that fool you, they can be a dangerous team to play against.

Other Game to Watch: Hartford visits Hershey tonight. The Bears were swept this week in Charlotte and the Wolf Pack were in Utica last night. Should be a good game.