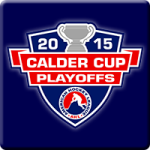 They made it look easy.

For the Wilkes-Barre / Scranton Penguins in the Calder Cup Playoffs, it was a 3-0 sweep of the Syracuse Crunch by a combined 14-3, utterly dominating the Crunch in all facets.

For the Manchester Monarchs, they dominated the AHL all season from the jump back in October and ran away with the Macgregor Kilpatrick Trophy as the AHL regular season champions. The Monarchs were the first team to qualify for the Calder Cup Playoffs this season.

Coach of the Year in Mike Stothers? Check.

They made it look easy.

But playoffs are a different animal. Especially when you are dealing with one team standing in your way in a seven game series vs. a litany of other teams on any given three-in-three weekend.

For the AHL’s best team, it’s the Wilkes-Barre / Scranton Penguins.

Let’s break it down.

Brian O’Neill ran away with the scoring title by ten points over the second place finisher and Jordan Weal finished third in overall scoring. The Penguins, obviously, must come up with a game plan to contain or shut down this duo. Wilkes-Barre is paced by Conor Sheary’s 45 points with Andrew Ebbett and Tom Kostopoulous a point behind. In the series against Portland, the Monarchs got the majority of their scoring from Michael Mersch (5-3-8) and Weal (5-2-7) and got scoring from 17 different players. It’s a deep and dangerous Manchester team that can have any line from one through four attack offensively. Wilkes-Barre’s postseason scorers are Conor Sheary (2-3-5) and Carter Rowney and Kasperi Kapanen (2-2-4 and 3-1-4 respectively) it’s a smaller sample size from that of Manchester’s based solely on the fact that the Penguins swept the Crunch in convincing fashion in three games.

Advantage: Manchester for now. The battle of who wins the series will probably be decided on which forward line produces the most. The Penguins have a potent scoring line which is their third line of Tom Kuhnhackl, Carter Rowney and Dominik Uher and have potential with a possible Oskar Sundqvist, Jayson Megna, Kasperi Kapanen pairing for the series and have long had the top line production of Sheary, Ebbett and Kostopoulos. But you are talking about two players on a line that scored a combined 149 points in the regular season against your top line of three players in Wilkes-Barre that scored a combined 133.

Both teams were 1-2 in the AHL in defense, with the Penguins allowing just 2.14 goals per game vs. Manchester’s 2.32 goals / game. Colin Miller was near the top of the AHL in defenseman scoring, coming in third place in points and second place in goals to Binghamton’s Chris Wideman, who won AHL defenseman of the year. The Penguins have more of a pack mentality when it comes to defense. For what it is worth these days, Taylor Chorney and Brian Dumoulin finished fourth and fifth in +/- rating and missed the final weeks of the regular season due to NHL recall duty in Pittsburgh.

Advantage: Penguins. Wilkes-Barre is deeper on the blue line than the Monarchs are. When you have to scratch AHL veterans Ryan Parent and Danny Syvret as your seventh and eighth defenseman, you are very deep on the defensive end.

It’s Matt Murray’s show and will remain as such. Murray won the AHL’s Rookie of the Year award, led the AHL in shutouts, save percentage and goals against. A case could be made for honorable mention for Manchester’s Jean-Francois Berube, who led goaltenders in wins, but some of the luster is knocked off of that shine because Berube needed five games and essentially the third period in the final game to advance past the eighth seeded Portland Pirates.

Mike Stothers won the AHL’s Coach of the Year fair and square, but that may have been a cop out on behalf of the media, voting for the coach who coached the league’s best team. AHL bloggers like myself don’t get votes, but my candidates would have included Travis Green in Utica, Tom Rowe in San Antonio or Troy Mann in Hershey. Taking nothing away from the job Stothers has done in Manchester and coupling that with the defensive minded assassin in John Hynes here in Wilkes-Barre, where his clubs have led the AHL in defense for four out of the last five years, I see a push.

Penguins in six. Again, may be a bit generous here, but there are doubts on both sides. For one, Syracuse didn’t really put up much of a fight against Wilkes-Barre and anyone that followed the final month of the season that saw the Crunch lose 9 of their last 10 games would know that likely any team would have swept them out of the playoffs. For Manchester, they needed five games to dismiss the eight seed Portland Pirates and were in a 3-3 deadlock against the Pirates in Game 5 heading into the third period after coughing up a 3-0 lead in the game and getting blown out and shutout in Game 4. If Manchester allows the Penguins that space, Wilkes-Barre can and will capitalize. Both teams have firepower up front, but the Penguins are the deeper and better team on defense and Matt Murray didn’t seem to miss a beat against Syracuse and there is no reason to believe that he cannot win the Penguins a game or two in this series. Ultimately defense and goaltending will win the day. I see a split coming out of Manchester this week then the Penguins winning at home Saturday and Monday, Manchester winning Game 5 to force it back to New Hampshire and the Penguins closing the series out next Friday to advance, for the third time in as many seasons, to the Conference Championship to face the winner of the Hartford / Hershey series.

The Gameday setup for Game 1 of the Eastern Conference Semifinals hits the blog Wednesday at 3 p.m.