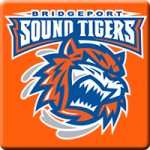 Last Game: Tuesday at home against Hershey, the Penguins won 5-3. Daniel Sprong scored and added an assist. Sprong was named to the All-Rookie team Wednesday. For Bridgeport, the Sound Tigers hosted the Providence Bruins Tuesday morning and won 3-2. Travis St. Denis third period goal halfway through stood up as the game winner.

Last Meeting: March 25 in Wilkes-Barre, the Penguins lost 6-3 in a game marred by a ton of penalties. The Sound Tigers scored three power play goals in eleven opportunities. Ryan Haggerty and Garrett Wilson both had a pair of assists as the lone bright spots for the Penguins.

Why You Should Care: All the Penguins need to do tonight is get to overtime and they are locked into the playoffs. The Sound Tigers are still mathematically alive and will still be fighting to get into the playoff picture, however dim their playoff chances are at this time. Staying disciplined and capitalizing on mistakes is going to be key for the Penguins if they want to wrap up the playoff spot tonight.

Other Game to Watch: Providence hosts Hartford in a game that the division will be watching closely, with how tight things have become in this penultimate weekend of the regular season.