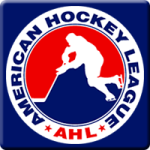 Back for another season is my annual look and preview at every team in the American Hockey League, it’s the 2018-19 version of the Chirps from Center Ice AHL Previews.

The schedule for this week will be the Pacific Division today, the Central tomorrow, the North on Wednesday and the Atlantic on Thursday. You can access the previews at any time by clicking on the handy drop down menu at the top of the blog. I will leave it up for a few weeks before taking it down once we get into the season.

Anyway, we start far out in the Western Conference in the Pacific Division. Let’s get right to it.

Affiliation changes here and additions are as follows, in is the Colorado Eagles up from the ECHL as the new AHL affiliate of the Colorado Avalanche and out are the Texas Stars and San Antonio Rampage who move to the Central Division. Every team in this division plays 68 games so the, “ranking by percentage points” is a distant memory for everyone else.

The Penguins don’t play anyone here, so the “vs. WBS” line isn’t included. We start in alphabetical order beginning with the Bakersfield Condors. Social Media tabs are Twitter, Facebook and Instagram in that order.

The Case For: Condors could play sleeper, with the Texas teams out of the division now. Could be a team to watch the first part of the season.

The Case Against: Lost a lot of core guys in offseason to other teams. This was a non-playoff team that was buried early last season. Could end up the same way.

Record: Technically an expansion side. Spent last season (as a franchise) in the ECHL.

The Case For: League newcomer Colorado is coming off back to back Kelly Cup Championships in the ECHL. It’s a franchise that is used to winning.

The Case Against: The problem is that the AHL affiliate of the Colorado Avalanche has lost a lot more than it has won. It may be a cold dose of reality and an uphill climb to be a contender in Loveland, Colorado this season.

Playoffs: Lost in four games to the Texas Stars in the Pacific Division Semifinals.

The Case For: Ontario should be a solid team again this season who can battle divisional foes for 68 games and have a good shot at winning the division.

The Case Against: Seems that something has been lacking the past couple of seasons with the Reign. Are they a playoff contender? Sure. A championship contender? I wouldn’t go that far.

The Case For: Had a playoff spot until the final weekend and was pushed out by a resurgent San Jose team. Had a solid offseason by Pacific Division standards and will probably be at the top of the division all season.

The Case Against: Does history bear repeating again? Does San Diego start out hot then fade late? Do they recover from the embarrassment that was the final weekend of last season? 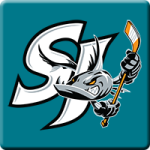 Playoffs: Lost in four games to the Tucson Roadrunners in the Pacific Division Semifinals.

The Case For: Roy Sommer’s teams are always well prepared. That was evident in the final weeks of the regular season. Look for the trend to continue.

The Case Against: If there is one playoff team from last year that you bet on to miss this year, San Jose is probably that team.

The Case For: Decent haul this offseason in acquiring key pieces that will play major roles for the Heat this upcoming campaign. Stockton flirted with being a good team last year, they are primed to make the jump in 2018-19.

The Case Against: Ontario, Tucson and San Diego could be penciled in as playoff squads, Colorado is a big unknown and the other teams may play spoiler. There is only so much room and Calgary affiliates have usually disappointed.

Playoffs: Lost in five games to the Texas Stars in the Pacific Division Finals.

The Case For: Defending division champ ready to pick up where they left off last season. Tucson was a solid team in the second half of the year last season and that trend could continue into the Fall.

The Case Against: Plenty defections to other teams that chipped in a ton offensively may hinder the Roadrunners chances this season.

Back tomorrow with a look at the Central Division.